Are you a huge fan of Spiderman? If yes, then today’s article is for you as today we will dig inside a brand new film of Tom Holland named Uncharted.

The American action film is directed by Ruben Fleischer and based on a popular video game series of the same name by Naughty Dog.

So get ready to watch everyone’s favorite Spiderman aka Tom Holland in a very unique look!

When And Where Will The Movie Release

Initially the movie was set to release in 2016, but due to various problems occurred in casting members, the release got delayed. But, finally after so many denials, creators of the film decided to release the film on 11th  February 2022 in UK theatres and on 18th February 2022 for US audience.

Apart from the release date, we have two more good news for all the Holland’s fans. First is, that creators dropped two trailer clips of the movie which will give you enough hint of the synopsis and shows the hot Tom Holland in formals, which set everyone’s heart on fire.

And, secondly all those who didn’t want to move from their couches, they can watch the movie on Netflix,  after 18th February. For this, we should thanks to a new deal between Netflix and Sony Pictures.

Now, as the movie is produced by Sony Pictures so all the fans will able to watch the movie at home on Netflix, after few days of theatrical release.

Check out the trailer clips launched by Sony Pictures

Universally loved Tom Holland will play the main role of Nathan Drake, a young fortunate hunter. Mark Wahlberg will play the role of another hunter and Nate’s mentor Victor Sullivan. The role of villain or a ruthless hunter named Moncada will be played by famous Spanish actor Antonio Banderas. 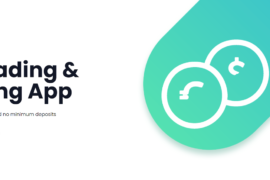