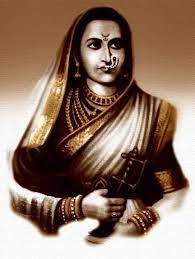 RAJMATA JIJAU WAS A COURAGEOUS WOMAN

Rajmata Jijau was born on January 12, 1598. She was born in Deulgaon near Sindkhed in Maharashtra. She was the daughter of Lakhuji Jadhavrao of Sindhkhed. He was a Mughal-aligned Sardar claiming descent from a royal family of Devagiri.

She was married to Shahaji Bhosale, son of Maloji Bhosale of Verul village. Post which her real journey began. She became a mother of Chhatrapati Shivaji Maharaj and the and founder of Maratha Empire

Jijabai was an influential and determined woman. Her ways have been the perfect example of keeping self-respect and virtue in every situation.

Furthermore, her quality traits were clearly seen in Shivaji as well. She instilled a sense of duty, courage, and fortitude to overcome any hardship arising within him.

Under her guidance and care, Shivaji developed within him a human touch that saw him harbor a great respect for all women, religious tolerance, and justice, along with the love for his country, his religion and his quest for freedom of Maharashtra.

We salute the lady for her bravery and becoming a perfect ideal not in previous times but even now for youth.

For more updates like these, stay with here and enjoy reading!