Is Netflix’s Ozark canceled after season 4? Find it here!

As soon as Ozark launched in July 2017 on Netflix, it gained excellent reviews for its cinematography, storytelling, and acting. The finale of the third season was filled with tension.

And now, fans are desperately waiting to see what will happen with the Byrde family. Sources reveal that Ozark season 4 is going to be the final season. Keep reading to find more about it in detail.

Why did Netflix cancel Ozark after season 4?

On June 30, 2020, Ozark fans received the worst news of the year from Netflix. The streaming giant confirmed that the drama series has been renewed for the fourth season but also shared that it would be the final season. As the filming is underway, showrunner Chris Mundy expressed his feelings to produce the last season and his feelings about the series coming to an end.

Just like Lucifer, the fourth part of Ozark will get split in half. The first seven episodes will get dropped on the platform at once, while the other seven will get released later. Regarding season 4, Mundy said that a super-sized season means super-sized issues for the Byrdes. He also revealed that he is happy to end the show with a bang. Mundy also thanked the streaming service for giving Ozark a chance to end the series in the right way.

Furthermore, shooting the series was full of adventures for the cast and crew, and they are thrilled to bring it home in the best way. However, some fans may find the news shocking. Aside from this, Mundy also revealed about the future of Ozark.

The cast of the series already knows that the show will end after season 4. Even Star Bateman confirmed that season 4 would be final and shared that he is satisfied with the end. Ozark is a great drama that has captivated viewers from all over the globe. It has also garnered great reviews from critics and viewers.

The series is coming to an end, so what? There are many other shows like Ozark, which you can watch before Ozark season 4 arrives on Netflix. If you love this series then, you will definitely like Dexter, Fargo, House of Cards, Boardwalk Empire, Peaky Blinders, Sons of Anarchy, dead to Moe, Narcos, and Breaking Bad. 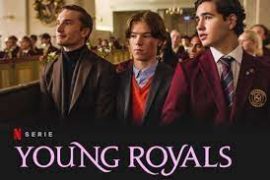 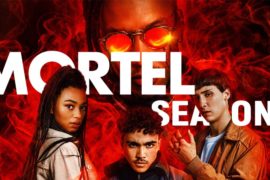