Over social media these days, the war between Russia and Ukraine is grabbing all the attention. Social media platforms like Instagram, Facebook, and Twitter are flooded with posts about the war. Among these posts, are the posts made by the Russian authorities themselves and to stop the inflow of fully Russian-influenced posts filled with propaganda, Instagram has taken matters into its own hands. What have they done? Know that and more right now.

What you won’t be able to do

In the countries of Russia and Ukraine, to stop the Russian propaganda from spreading, Instagram is now going to start the downranking of posts that will be posted by the Russian state-controlled media and Russia affiliated or supporting posts. Across the world, people who are going to try and share such posts are going to get warning notifications from Instagram that will advise them to refrain from sharing such a post. Also, if a person includes a link to any Russian state media site or Russia supporting site in their Instagram stories or post, then they will also get the same warning and downranking of their posts will start. Well, that’s not all. A few tweaks have also been added for Instagram users in Russia and Ukraine. See the what the changes are below.

So, under the tweak that has been released exclusively in Russia and Ukraine, all people who have private accounts will now have their followers and the following list as private even from their own followers. Among friends and family, a person will no longer be able to see the mutual friends list. It is not being deleted, just that it will become completely private too. This thing has been done to safeguard the personal information of Russian and Ukrainian people. Also, as an added safety measure, the DM service of Instagram is going to become end-to-end encrypted for all the users in Russia and Ukraine. Now these steps are not only being taken by Instagram alone. Let’s see who else is doing the same things.

The road to normalcy

For the time being, it looks like these measures taken by Instagram and Facebook are going to be around. We think that things will start to go back to normal once the war is over. And that thing is not looking like that it will happen fast.

So, if you live in Russia or Ukraine then be prepared to use a very different type of Instagram and Facebook for some time. 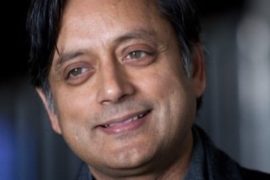 Newegg Shuffle:10 Interesting Facts About It