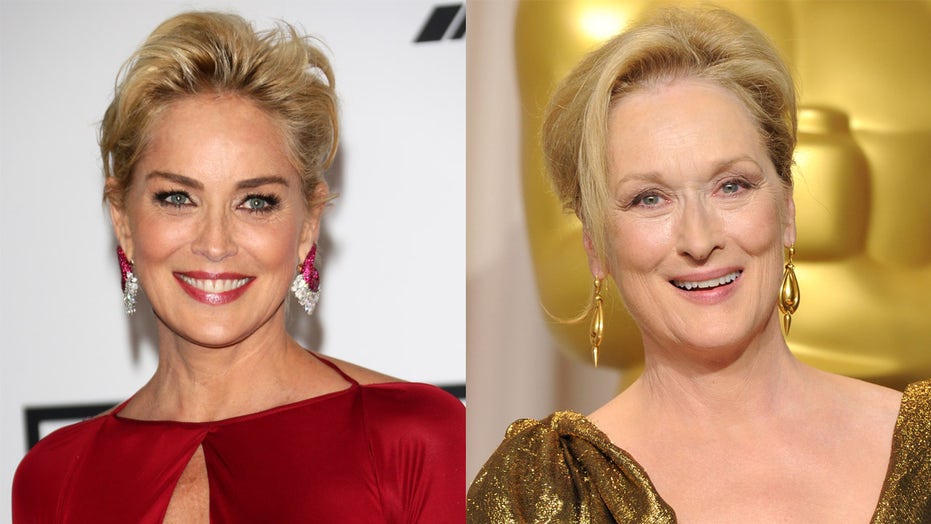 Despite the fact that Sharon and Meryl had worked together in 2019 in a drama-comedy Laundromat, Sharon didn’t hesitate to claim herself better than Meryl.

SHARON STONE VIEWPOINT FOR MERYL STREEP DURING AN INTERVIEW

Sharon Stone believes she is a better actress and has portrayed a villain effectively on screen. And, in one of the latest interviews Sharon Stone said, “In my opinion, quite frankly, there are other actresses equally as talented as Meryl Streep”.

Furthermore, she stated that Meryl was Streep was overrated, as the basic instinct actress claimed that ‘’ “I’m a much better villain than Meryl and I’m sure she’d say so”.

Moreover, Sharon Stone, 63, has sparked a frenzy online after she claimed that there are many actresses who are equally talented as Oscar-winner Meryl Streep, 72, but they have never matched her fame or critical acclaim.

WHY DID SHARON COME UP WITH SUCH A COMPARISON?

Sharon’s comments about Meryl came after interviewer Johanna Schneller referenced the star’s memoir The Beauty Of Living Twice and mentioned a line about how Hollywood forces women to compete for a more limited number of roles.

“It was put to us that there could be room for only one,” Sharon wrote in her book.

Not only that, Sharon objected to Johanna’s questions when she said,’finally got to work with Meryl Streep” on Steven Soderbergh’s Netflix film The Laundromat.

Wherein, in response to it, Sharon stated, “I like the way you phrase that, that I finally got to work with Meryl Streep.

Sharon added: “Because that’s the way her life went, she got built up to be, ‘Everyone wants to work with Meryl.’ I wonder if she likes that?”

The star went on to share her opinion that she and her fellow actresses are often measured against Meryl.

She told the publication: “The business was set up that we should all envy and admire Meryl because only Meryl got to be the good one. And everyone should compete against Meryl.

“I think Meryl is an amazingly wonderful woman and actress. But in my opinion, quite frankly, there are other actresses equally as talented as Meryl Streep. The whole Meryl Streep iconography is part of what Hollywood does to women.”

Sharon then argued: “Viola Davis is every bit the actress Meryl Streep is. Emma Thompson. Judy Davis. Olivia Colman. Kate Winslet, for f***’s sake. But you say Meryl and everybody falls on the floor.”

After knowing the viewpoint of Sharon, the micro-blogging brought up the division of fans wherein it was seen that some fans were supporting Sharon claims but at the same time some rushed to defend Meryl

Indeed, the words of Sharon created a huge war of fans comment as well but seems even audience is not able to take a side and love to follow both of the actresses.

Hope to see more positive updates on this in the upcoming days, until then stay with us and keep reading the updates here!