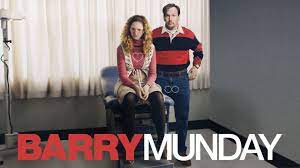 In the recent surge of the latest wave of COVID 19 cases, those work from home days are unfortunately here again. Even if we are working form our homes, work is still work and everyone likes to chill after a hard day’s work. What better way is there to kill the work stress by watching a comedy movie. Sounds fun right! And we have got a movie too. Read on to get all the details of this movie.

The movie we are talking about today is Barry Munday. The movie was directed and written by Chris D’Areinzo. He adapted the story of the novel ‘Life is a Strange Place’ by Frank Turner Hollon for the movie. The production companies like Stick ‘N’ Stone Productions, Corner Stone Entertainment, Far Hills Pictures and Prospect Pictures produced the movie. Magnolia Pictures were the distributors for the movie which released in October 2010, in the theaters. Here is the trailer of the movie https://youtu.be/Oo5Km_hzjxA. The movie is available for streaming since 1st January 2022 on HBO Max.

The movie stars Patrick Wilson and Judy Greer in the lead roles as Barry Munday and Ginger Farley, respectively. Along with these two we have a lot of other talented actors and actresses in the movie.

The movie is about Barry who is a women’s person. He spends almost every new night with a new women. One night, things go haywire and Barry finds himself in a hospital the next day. As he gets up he releases his testicles are missing. On top of that a woman named Ginger has filled a paternity lawsuit on him.

Sounds crazy and damn funny, doesn’t it? Then what are you waiting for. Go and watch it.