GAMING ON PCs ON THE RIFE

2020 was the year that saw a tremendous rise in the number of PC gamers. The numbers spiked like never before. Valve has done a steam 2020 year in review report and here is what they have to say about the rise.

Let’s start by looking at the statistics based on the 2020 data. A whopping 120 Million active players where there playing games on monthly basis. 62.6 Million People were active on a daily basis. 24.8 Million People were playing together at one time and this was a record at that time. Every month 2.6 Million new purchases happen. 21.4% more games were purchased as compared to 2019. The number of hours that were spent playing games saw a rise of 50.7% compared to 2019. Other than this VR gaming also saw a rise in its use. 1.7 Million Extra people used the Steam’s VR interface.

In the report valve has also reported that VR sales has gone up by 71% and VR play time went up by 30%. Valve also reported that games session played with a controller saw a rise of 66.6%. From these entire statistics one thing is clear that the gaming industry saw one of its best years in this millennium. With more games being developed and planned and sale of gaming product going up every day it could be predicted that 2021 will also be a good year for the gaming industry.

Let’s hope that next year we can get a similar report from valve that may be better than this year’s. 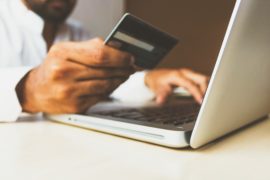