Generally Speaking, sports video games tend to be simulations of the real thing, as developers and publishers attempt to mimic the exact conditions found on an American football field, a tennis court, or even a skate park.

While many games like EA’s FIFA, or NBA2K from Take-Two Interactive, focus on trying to bring real-life physics and reactions to video gamers, some of the games franchises with proven longevity tend to be those that take a different approach.

These games are sports management titles, all of which put players in the shoes of a head coach, a racehorse owner, or even an NBA franchise CEO.

Here are some of the best titles that this gaming genre has to offer, from sports as diverse as horse racing to wrestling.

Horse racing has long been crying out for a sports management game that could incorporate all the elements that make the sport, and the betting culture that goes with it, unique.

Finally, one that has come close to doing that is Horse Racing Manager 2020 from mobile game developer Third Time Games.

Every aspect of rearing, breeding, and racing thoroughbred horses is given adequate thought by the game’s developers, which has led to the game being positively reviewed by users in app stores, and is so detailed that top racing tipsters and experts would find it enjoyable to play.

So, why not give the game a download and start on your horse racing journey, as you take your trusty long noses to all the classic races like the Kentucky Derby or the Aintree Grand National. Before you realise, you will know so much about the sport that you will be able to tell if the tips made by real-life equine enthusiasts online are on the money or wide of the mark.

Games like Football Manager have garnered hundreds of thousands of loyal players, all of whom wait with bated breath each year for the franchise’s next release

Whether you are into the beautiful game or not, Football Manager is such a complete gaming experience that even someone with no grounding in sports can become obsessed with it.

What makes it so special is how its developers have their very own football database, which is recognised worldwide as being a market leading product in itself.

This data then enables game designers to build games which are so complex, and give so much attention to detail, that no other football management game can ever wish to measure up.

What also makes the game exceptional is that its older versions are still played as much today as they were back in the day, as fans reminisce about star players and teams of yesteryear.

Out of the Park Baseball 21 – Hitting it Out the Park

If most sports bore you due to their lack of complexity, then baseball is probably the athletic pastime for you, because almost every aspect of the sport is recorded and scrutinised in minute detail.

Taking that approach and applying it to a video game was never going to be easy, but the good people at Out of the Park Developments have managed to do just that, creating a baseball management game that demands as much from its players as is asked from an MLB team manager.

Although the game will take some time to ease into for relative newcomers to baseball, its simple interface and ergonomic game design mean that, with enough dedication, any sports fan can get lost in its bottomless depths.

Have you ever dreamed of being in the shoes of WWE owner Vince McMahon, as you mould and shape a wrestling franchise from the ground up?

Well, now there is a game that can help you realise that dream, as Total Extreme Wrestling 2020 passes you the reins of your very own franchise, allowing you to build the careers of spandex clad athletes as they draw in the crowds that will propel them and you to wrestling stardom.

Of all the games on this list, there can be no doubt that it is the most light-hearted and fun of the lot. How Casinos Have Changed Over The Years And Have Obtained Different Roles In Society? 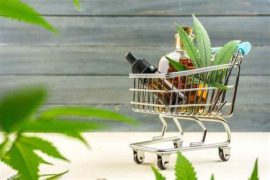 4 Mistakes To Avoid When Shopping For CBD 4 Tips for Setting up The Right Home Office Time Check: How Often Should You Get Your Watch Serviced?