In this advertisement, the food chain tweaked a dialogue from Mirzapur, series with a separate fan base. And along with this the campaign also used a picture of actor Kulbhushan Kharbanda popularly known as Bauji in the series.

Ali Fazal took this as humiliating the well-famed series Mirzapur and slams the food delivery chain for ‘lame advertisement’. He further asks them to withdraw Mirzapur 2 hashtag.

‘Jee Hukum’ this was named to the food chain while advertising a very popular mutton dish. But what brings up all this controversy was a line alongside the image of Kulbhushan Kharbanda as Bauji.

With this, they tagged actor Ali Fazal (Guddu Bhaiya) as he’s among the central faces in the series. Ali found this campaign something that should not be with Mirzapur tag and said this advertisement lame that’s lame and further asked to remove the hashtag of Mirzapur 2.

Ali Faizal in this character tone said this is the most lamed ad. he had seen till date. According to him this somewhat sounds like ‘tharkees’. And ended up his lines with- “Humko tag karke galti kiye.”

The second season of the most popular Indian web series Mirzapur was released in October 2020. Fans had to wait almost two years to know, how Guddu Pandit will take revenge from the lead villain Kalin Bhaiya.

This series has nearly everything that Indian audience ask for like, drama, action, gang wars, romance, thrill, suspense, and what make this interesting is it’s realistic aspects.

You are at the end, which means you liked reading this article, we have more like this upcoming, till then, Stay Tuned! 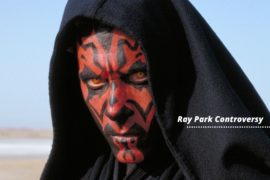